It’s the day after WWE Fastlane, meaning that there will be plenty of roundups talking about why Goldberg winning the title from Kevin Owens in seconds was the most predictable way the night could have ended, or how Roman Reigns may have halted Braun Strowman’s momentum for the time being. The same could be said for Sasha Banks beating Nia Jax. Why go through all that trouble to have Strowman and Jax wrestle in squash match after squash match, make them look invincible, then have them lose midcard in the pay-per-view before WrestleMania? Goldberg winning sort of makes sense. After all, nobody expected him not to plow through everybody he went up against during what we have to believe is the last round of spears and jackhammers in his wrestling career. The buildup to the big showdown against Brock Lesnar in a few weeks will be packaged to look like redemption for the WrestleMania XX match that should have been epic, but instead was, well, terrible. 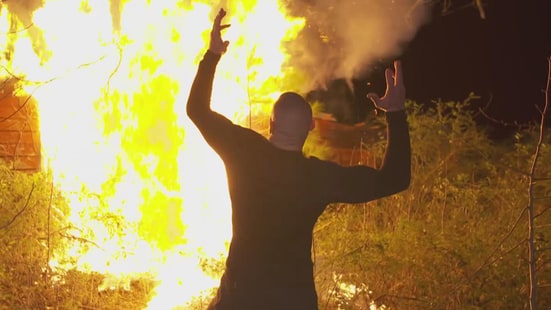 Really, none of the big victories, not Reigns, Banks or Goldberg, were all that surprising. At least not compared to the outcome of the Raw Women’s Championship Match between Bayley and Charlotte Flair. The way that match ended was somewhat unexpected and could throw things for an interesting loop in the weeks leading up, and the period after WrestleMania. It also shows that the WWE needs to put more work into the women’s division. The top superstars shine, but then there really isn’t much else. Last night showed that.

Not taking anything away from Bayley, but you usually bet on Flair to win at a pay-per-view, especially when there’s a title on the line. Sure, her record was never as heralded as “The Streak” of 21 Wrestlemania victories in a row that The Undertaker racked up before being defeated by Lesnar at WrestleMania XXX, but her ability to always come out on top in singles competition at a PPV was impressive, the kind of thing you could build legends around. All that, and the loss came by Bayley and Banks essentially employing heel gimmicks (outside interference) to claim the victory. As a few people pointed out, it wasn’t really the best look.

People are never going to be totally happy with the results of any pay-per-view, but all of this does present with fans with some interesting possibilities leading down the Road to WrestleMania, namely, who Bayley will be defending her title against. Everything points to a split between Bayley and Banks somewhere down the line, with Stephanie McMahon no doubt using the way the title was defended last night as a way to keep pointing out that Banks doesn’t think her friend Bayley can do it on her own. Whether there’s going to be a full heel turn in the works is hard to say, but Banks doesn’t stay that close to the belt this long if she isn’t about to be rewarded with a shot at it.

But where does that leave Flair? She is, even this early in her career, working on all-time great status. An incredibly gifted athlete and performer with that iconic Flair style and look, it’s really hard to make the case for Bayley or Banks being that much better overall wrestling-wise. But the fact is that they’re more popular with fans. So one of them being at the top is, to steal a phrase from WWE top brass, best for business.

What’s also good for business, however, is keeping things interesting. Raw’s women’s division has, right now, one interesting heel, and that’s Flair. Nia Jax can be good, but the WWE hasn’t figured out how to use her the right way yet. Besides that, there aren’t many options. Short of bringing up Asuka from NXT at some point to mix things up, the Raw roster is basically in a perpetual state of figuring out how to get Bayley, Banks and Flair to fight each other. The WWE has done a great job of building up the women’s division roster, with great talent and storylines, but Bayley’s victory at Fastlane shows that, just maybe, it’s lacking a few things. That maybe there’s still some more building to do, and that tearing down legends-in-the-making might not be the best way to do that.