An ordinary U.S. suburb, deep in the Eighties: a bunch of kids and parents hang out at the local bowling alley. The youngsters take turns rolling gutterballs, while Roxy Music’s “More Than This” plays on the jukebox. The moms hits the snack counter for popcorn, french fries and sodas, next to a neon sign of a hot dog. A typical American scene – except it’s also a battle zone, because this mom and dad are Soviet agents, deep in a high-stakes espionage game at the height of the nuclear arms race. Even a bowling alley is part of the deadly struggle between two superpowers ready to blow up the world at the touch of a button. More than this, there’s nothing. 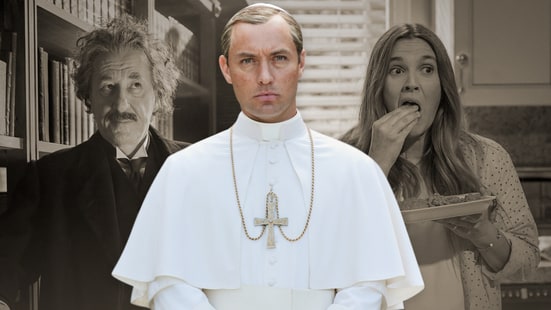 The Americans, FX’s masterful espionage saga, is the most heartbreaking and harrowing drama on TV right now. But as it heads into its final two seasons, the show feels weirder – because it’s also timelier, unfortunately. The Eighties Cold War doesn’t look as remote or quaint as it did a year ago. Just think: While these families groove to Roxy Music at the bowling alley, thousands of miles away, a young KGB agent named Vladimir Putin is probably listening to the same song in his office in Leningrad. And as Putin’s America has warped into a scarier and shakier place – and our nation has suddenly remembered that nuclear weapons still exist – there’s something almost nostalgic about the old-school Russian spies here. “To think they once had a Lincoln,” one KGB agent says sadly. “Now a Reagan.”

It also feels like such a real portrait of America because it’s such a real portrait of a marriage. As the Soviet spies, Matthew Rhys and Keri Russell are the most emotionally devastating couple on TV, with sexual friction that just heats up whenever they kill people together. They juggle their multiple identities with wigs and fake mustaches that can’t hide the hard lines in their faces. You can see it in their sad eyes – they realize they’re the only two people in the world who will ever understand each other. They’re an ordinary American family where the kids and parents argue over things like pizza toppings count as vegetables.

As the fourth season ended, the show brought the story up to 1984. (The year, not the book or the Van Halen album.) Rhys’ Philip had an emotional breakthrough, confessing to his EST encounter group that he wakes up every morning hating his life, his job and himself. To a professional spy, that’s a dangerously personal revelation – yet nobody in the EST group was impressed, because they feel that way all the time. And as far as they know, he’s a travel agent.

The new season picks up with raised emotional and geopolitical stakes, once again using music to set the scene more brilliantly than any other show around – has Devo ever sounded more depressing? Frank Langella is brilliant as their genial yet ruthless KGB handler, while Noah Emmerich continues to excel as the haggard suburban FBI agent still on their trail, while dragging his own battered psyche around. The Jennings’ teen daughter, Paige, is dating the boy next door, which drives her father crazy. TV dads have been frowning over their high school daughters’ boyfriends since long before Joanie met Chachi, but this teen romance is different, because Paige knows the family secret – and also because the boy next door has a dad in the FBI.

So the situation calls for one of the drama’s splendidly agonizing mother/daughter talks. “Being in a relationship is complicated,” Russell explains. “You don’t share everything.” It’s a typically awkward attempt at bonding for this family. Yet it also sums up why The Americans feels more intimately disturbing – and more accurate – now more than ever.