Truth and Lies: The Family Manson, a two-hour documentary chronicling the Charles Manson story, airs Friday, March 17th at 9 p.m. EST on ABC. In a gripping trailer, Beach Boys singer Mike Love recounts a disturbing brush with the cult leader in Beverly Hills. “The door opened, and Charlie Manson stood there and looked up at me and said, ‘You can’t leave the group,'” he says. 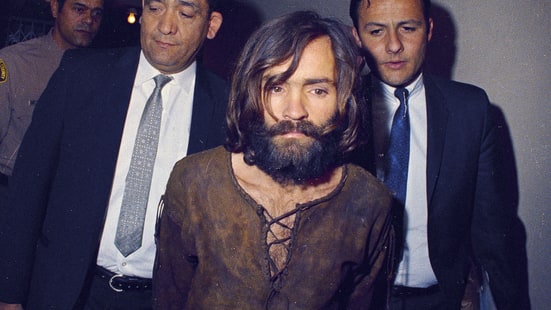 The expansive doc explores Manson’s rise and fall: his devoted followers, his failed attempts at rock stardom in post-“Summer of Love” California and his cult of devoted followers who carried out a string of brutal murders – including the slaying of actress Sharon Tate – in 1969.

Several teaser clips highlight Manson’s infamous 1994 prison interview with ABC News’ Diane Sawyer, which marked the inmate’s final television appearance. “Every one of you out there has tried to kill me, and I’m still here,” he says, adding an eerie, deadpan laugh. “Now what?”

Truth and Lies includes never-before-seen footage from that interview and conversations with former cult members Leslie Van Houten and Patricia Krenwinkel, both serving life sentences for murders orchestrated by Manson.

The special will revisit crime scene footage and incorporate insight from law enforcement, first responders, production crew members who met Manson during the ABC interview and reporters who were present in the courtroom during his trial. Love and Sharon Tate’s sister Debra will also appear alongside friends and family of the murder victims.