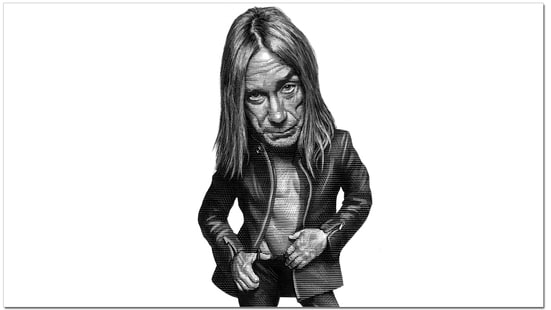 “Metallica has much respect for the man coming out here to sing a song with us. And we’re grateful that he’s been able to be on this Mexico City tour with us,” James Hetfield told the Foro Sol audience. “Please show your sign of respect and love to Mr. Iggy Pop.”

The Stooges singer then came onstage for an explosive rendition of the Fun House classic, with Pop and Hetfield screaming together on the “Right on!” portion of the bridge before unleashing some call-and-response vocals on the third verse.

Pop had been serving as Metallica’s opening act during the band’s three-night residency in Mexico City.

In addition to the surprise encore guest spot, Metallica also played their Hardwired… to Self-Destruct track “Dream No More” live for the first time at the Foro Sol concert. Metallica’s tour in support of their new LP continues later this month with a three-gig voyage through South America before the North American leg launches May 10th in Baltimore.