Ariana Grande and John Legend perform their ornate cover of “Beauty and the Beast” in a music video promoting Disney’s upcoming live-action remake of the titular animated film. 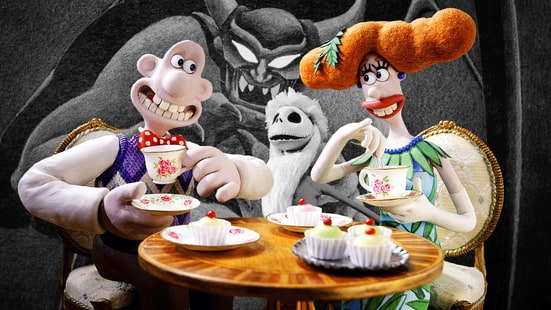 The two singers, dressed in lavish formal attire, harmonize against the backdrop of the Beast’s massive castle. Legend remains seated behind a grand piano, while Grande explores her surroundings, aided by a crew of dancers dressed as giant rose petals. A mixture of real-life and computer-animated characters appear throughout the clip, including Belle (Emma Watson), the Beast and anthropomorphic teapot Mrs. Potts.

Grande and Legend’s version is faithful to the original, Grammy-winning duet, performed by Celine Dion and Peabo Bryson for the 1991 Disney classic. The updated recording debuted in the final trailer for the new film, which hits theaters March 17th.

The new Beauty and the Beast will feature Alan Mencken and Howard Ashman’s original songs, alongside new material from Mencken and Tim Rice. Dion and Josh Groan will also contribute to the soundtrack.