The Supreme Court announced Monday that it will not hear a major transgender rights case after the Trump administration rescinded an Obama-era order protecting transgender students’ rights to use bathrooms matching their gender identities. The Court vacated the appeals court decision favoring transgender boy Gavin Grimm, sending back the case for further consideration, The New York Times reports. 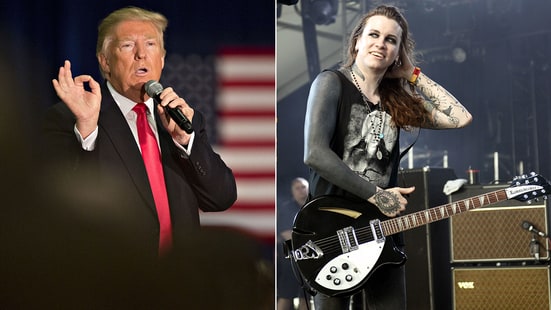 The case, which would have marked the Supreme Court’s first to involve transgender rights, had been scheduled for later in March. But after the federal government changed its position, the Court said the U.S. Court of Appeals for the 4th Circuit should reevaluate the dispute between the 17-year-old Grimm and the school board for Gloucester County, Virginia.

The Obama administration previously interpreted a federal regulation of a 1972 law banning discrimination “on the basis of sex” in schools that receive federal money. In 2015, the Department of Education issued a recommendation that schools must generally “treat transgender students consistent with their gender identity,” but the Trump administration revoked such guidance in February.

In the widely publicized case, Gloucester County School Board v. GG, Grimm challenged that a school board policy requiring transgender students to use “alternative, private” bathroom facilities is unconstitutional. In 2015, at age 16, Grimm stood before the Virginia school board and pleaded, “All I want to do is be a normal child and use the restroom in peace.”

In undoing the Obama order protecting transgender rights, the Trump administration said it required more time to evaluate the issue and put forward its own stance.