The indefatigable Rascal Flatts have announced their 10th studio album. Back to Us will be released May 19th. The follow-up to 2014’s Rewind, the project also marks the trio’s fourth album of new material for Big Machine Records, with whom they signed in 2010 following the shuttering of their original label home, Lyric Street Records. 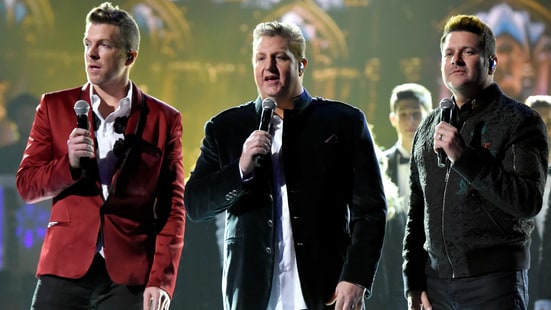 Back to Us features the new single “Yours If You Want It,” co-written by the late Andrew Dorff. Flatts – singer Gary LeVox, bassist Jay DeMarcus and guitarist Joe Don Rooney ­– performed the ebullient song on a recent appearance on Ellen, and the track’s joyous nature wasn’t lost on the audience members (the level of excitement comes dangerously close to that of Saturday Night Live‘s “Oprah’s Favorite Things” skit). LeVox is in great voice here, reminding listeners why he and the band are often cited as influences by today’s young guns, from Dan + Shay to Hunter Hayes.

Rascal Flatts are currently on tour and will play a string of festivals in the coming months, including the iHeartRadio Country Festival in Austin and the Windy City Lakeshake in June. The group is nominated for Vocal Group of the Year at April 2nd’s Academy of Country Music Awards.