Chris Janson has become known for his unmatched live performances. A lanky, whirling dervish who regularly rips into inspired harmonica solos like a man possessed, his stage presence inspired Keith Urban to once predict an Entertainer of the Year title in Janson’s future. So the “Holdin’ Her” singer doesn’t exactly need an assist. But he got one this weekend when Kid Rock appeared during Janson’s performance of his Number One hit “Buy Me a Boat.” 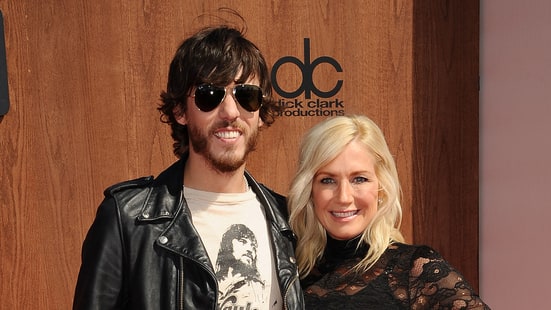 Appearing at a package show in West Palm Beach, Florida, Janson teased the crowd that they may want to have their cellphones ready, before welcoming Rock to the stage for the second verse of “Boat.” Rock took a stab at the lyrics and joined in on the chorus, before launching into a portion of his own “Cowboy,” off 1998’s Rebel Without a Cause. Janson ceded the spotlight to Rock’s rap, and then reclaimed the audience’s focus with an out-of-nowhere rendition of Sublime’s “What I Got” while Rock flipped his microphone in the air.

Janson’s current single, the true-life ballad “Holdin’ Her,” is currently in the Top 20 of Billboard’s Country Airplay chart. The singer-songwriter is set to join Sam Hunt on his 15 in a 30 Tour this summer and will also perform in Las Vegas during ACM Awards weekend. He’ll compete for New Male Vocalist of the Year when the ACMs are handed out April 2nd on CBS.