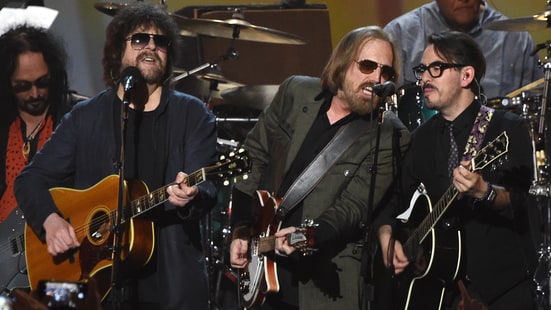 The Love Rocks NYC! A Change Is Gonna Come: Celebrating Songs of Peace, Love and Hope concert, spearheaded by designer John Varvatos and Greg Williamson, raised $1.5 million for the non-profit organization God’s Love We Deliver, which for 31 years has provided nutritious meals to those too sick to cook for themselves.

Murray, who was not listed among the concert’s many guests, served as the gig’s surprise emcee.

Other highlights from the concert included a rendition of “Born Under a Bad Sign” featuring Bell and Clark Jr., Moore, Walsh and actor Bruce Willis teaming for “Soul Man,” Browne, McDonald and the Blind Boys of Alabama performing “I Shall Be Released” and Mavis Staples and Helm singing together on “Will the Circle Be Unbroken.”