Punk legend John Lydon, who became an American citizen during the Obama administration, visited Conan Thursday, where he said that despite the current political climate – he calls the Trump White House the “new Caesars” – he’s still “proud to be American.” 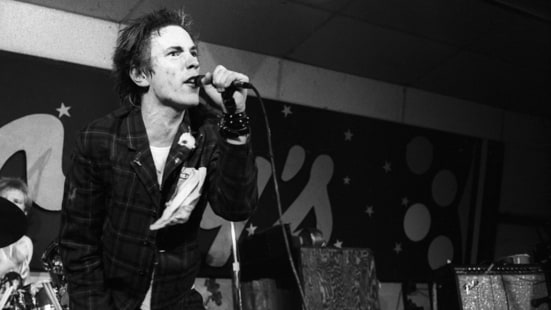 “I became an American, and I did that because I believed in Barack Obama, and I thought that that was the way forward,” Lydon told Conan O’Brien. “His healthcare thing didn’t quite work out what we all want, but there is a great potential there. Now we’re looking at dismantling and, you know, crazy loony monster party. But here it goes: I’m now an American, and I’m proud to be an American.”

Lydon added later in the interview on the subject of citizenship, “I became an American because this is a really new country; you have every opportunity not to make the mistakes all of those other old ones I come from.”

During the episode, Lydon also discussed his Mr. Rotten’s Songbook, an illustrated and handwritten guide to Lydon’s lyrics, with the rocker serving as the artist.

Lydon told O’Brien why his hand-drawn self-portrait looked like a cartoon rat: “You’ve got to be truthful to yourself, and this is the way I look at myself: “the bad side first.”