A little under a year ago, Katy Perry was recording her new album in L.A. when her producer and songwriting partner Max Martin put on “Lion,” a track he was working on with Bob Marley‘s grandson Skip. She was so impressed that she summoned him from his home in Florida to contribute a guest verse to the LP’s lead single “Chained to the Rhythm,” even though he’s still a year away from being legally able to vote and virtually unknown outside of his family. “It shocked me,” says Skip, who just flew back from London after performing the song with Perry at the Brit Awards. “It’s been great exposure.” 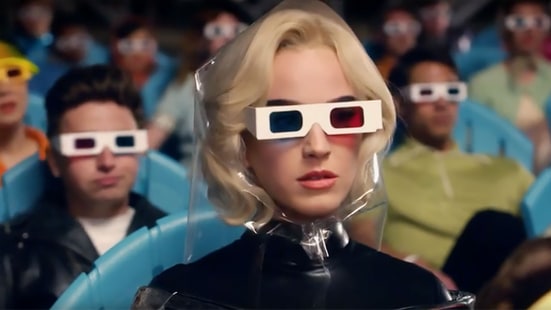 As the son of Cedella Marley (Bob and Rita’s oldest daughter), Skip grew up around music, often touring with his uncles Ziggy and Stephen. He played guitar and piano at home but never sang in public until Stephen pushed him onstage during a Jacksonville, Florida, show and had him spontaneously sing a bit of his grandfather’s 1977 classic “One Love.” He was just 14. “I was shy before that,” he says. “But that whole experience that night confirmed for me that music is what I should be doing.”

After a close friend told him about her sad breakup he wrote “Cry to Me,” which his mother emailed to Island Records’ David Massey, a longtime friend of the Marley family. Before he knew it, Massey was standing in his house with a record contract in hand. He connected Skip with Swedish songwriting guru Martin, who has scored hits for everyone from Britney Spears to Taylor Swift and Ariana Grande, and together they wrote the anthemic “Lion,” a unique fusion of reggae and pop. “The world has gotten very tense,” says Skip. “I felt like I needed to reassure people in the safety of love and community.”

“Chained to the Rhythm” debuted at Number Four on the Hot 100, which, amazingly, marks the first time any member of the Marley family has appeared on a Top 10 hit, even Bob. Skip says that his debut LP is about 80 percent done and will hopefully be out in the summer. He knows his last name means he’ll get much more scrutiny than an ordinary new artist, but he doesn’t mind. “Being his grandson has never been a burden,” says Skip, who was born 15 years after Bob’s death. “It’s a light because I’m carrying on his message of love and the unification of mankind, brothers and sisters stronger together, to a whole new generation.”