North Mississippi Allstars celebrated their 20th anniversary last year, with the Dickinson brothers – guitarist Luther, drummer Cody – hitting the road for a victory lap of cross-country shows. Along the way, they booked studio time in Memphis, New Orleans and nearly a half-dozen other cities, steadily tracking a new album – this summer’s Prayer for Peace – steeped in the boogie blues and fuzzed-out funk of their live show. 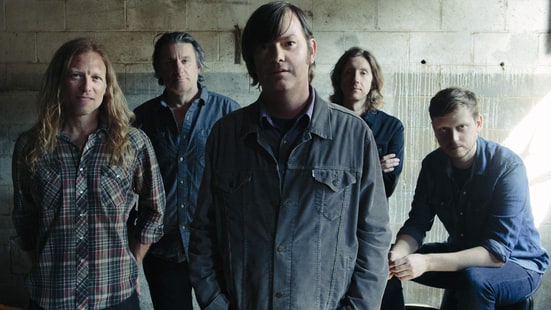 One of the album’s final tracks, “Long Haired Doney,” nods to the group’s early days, when fellow Mississippi bluesman R.L. Burnside took the young Allstars under his wing. After Burnside passed away in 2005, his protégés honored his influence by adding “Long Haired Doney” to their setlists, revising Burnside’s blues staple with electric slide guitar and a punchy, percussive stomp. Last year, during a studio session at South Memphis’s Royal Studios – just 15 minutes west of St. Francis Hospital, where Burnside spent his final days – North Mississippi Allstars covered the song again, this time cementing their own definitive version with help from co-producer Boo Mitchell. (Listen to the song’s premiere above.)

“R.L. Burnside gave me my break and took me on the road in 1997, teaching me the ropes and his repertoire,” Luther Dickinson remembers. “Playing music and hanging out with R.L. and his band, Kenny Brown and Cedric Burnside, was a life-changing experience and gave me a wealth of memories: conversations, jokes and songs that have still inspire me and teach me.”

With Prayer for Peace arriving June 2nd, North Mississippi Allstars will spend most of the spring and summer on tour, kicking things off with a three-night stand in Alaska and wrapping up with the Lakeside Blues Festival in Finland.