On Friday, January 27, we’re celebrating Roadie’s 2nd birthday, but you get all the gifts!

Two years ago, we started on this Roadie journey together. We couldn’t be more proud of the community we built with all of you. From petunias to patio furniture to pets, you sent awesome stuff with us in our second year on the road.

And be sure to check out some of our favorite Gig stories from 2016 below!

That’s why this year, we aren’t celebrating by buying ourselves something nice, but rather giving you the gifts.

Just for our birthday (January 27th), help us celebrate and be entered to win an Amazon Echo simply by doing what you’ve been doing all along — posting Gigs and sharing the Roadie love!

There are two easy ways to earn your chance to win:

Get started by posting a Gig or sharing the love on Twitter or Instagram with #GigsForGifts and tagging Roadie!

Check Out Some Of Our Favorite Stories From 2016

Dustin and Taylor are a married couple who bought an adorable labrador mix together a few months back. They live in Colorado Springs with their puppy, Benny. 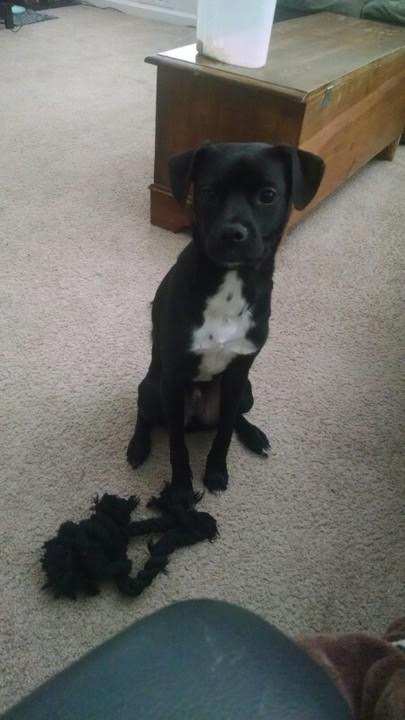 Three months ago, Dustin was deployed to Afghanistan, so Taylor and Benny went to live with her parents in Virginia until he returned last week. When Taylor tried to fly back to Colorado Springs to greet her husband at the airport, the airline wouldn’t let Taylor fly with Benny because he looked like he may have some pit bull in him. Benny stayed with her parents until Taylor could figure out how to get Benny back for the holidays.

Upon arrival, Taylor shared some good and bad news with Dustin. The bad news first, of course. Benny was stranded clear across the country. Dustin suggested they roadtrip to get him together, eager to spend time with his wife and see his best friend Benny. Then came the good news. Taylor was pregnant, and it wouldn’t be a good idea to drive cross country and back as a result. What were they to do? Enter Roadie.

After setting up a gig, Roadie Thomas reached out. He learned about the family’s story and promised he would return Benny by Christmas. Dustin and Taylor are lovingly called Thomas their Santa this year.

Told from the perspective of the Sender, Chau: 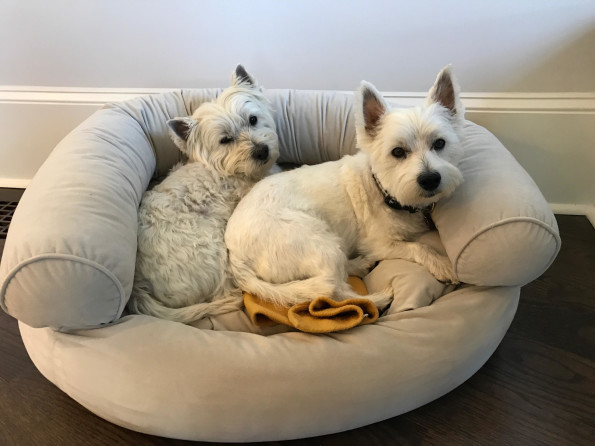 Over Thanksgiving a family friend in Florida passed away and left 2 dogs behind.  They were taken to a kill shelter since no one could take care of them.  My wife told me she wanted to rescue them but we had no way to get them to Atlanta.  At the time we’re in NYC on vacation and I thought of Roadie.  I downloaded the app at dinner, signed up, posted a gig and within an hour I had an offer.  Within a day I had a 3 offers.  The dogs were picked up within 48 hours and delivered safe and sound. They would have died if it wasn’t for Roadie.  Great experience.  I’m a believer!

Sing Us A Song, You’re The Piano Man

Amber has been playing piano since she was six. For her, it’s more than just a hobby. At points in Amber’s life, it’s been a pass-time, an escape, and a job. 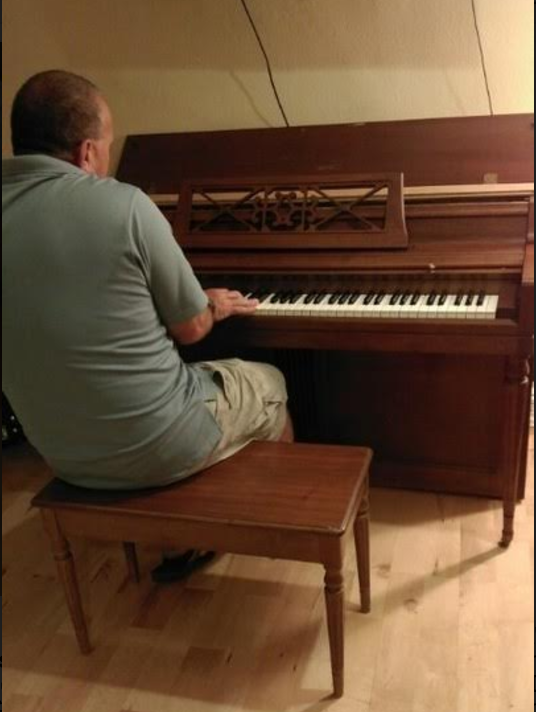 She’s taught others how to play and battled it out in dueling piano bars in Denver, where she grew up, and California, where she now calls home. When she needed to move her prized piano across town, she trusted Roadie, some new app her friend mentioned once. To her surprise, Driver Daniel offered to help out with his father, Señor Flores, who didn’t speak a lick of english. After they helped Amber get the instrument into her new apartment, she could tell by Señor Flores’ body language that he wanted to play, but he didn’t know how to ask. Amber knew a little Spanish, so she offered to let him play, and she was pleasantly surprised by how good he was. They hung out for about an hour alternating on the piano and sharing some happy moments as part of a shipping community they didn’t know existed before their first gig with Roadie.

Fauzia had party on the mind when she went searching for giant Jenga sets to include at her upcoming event. 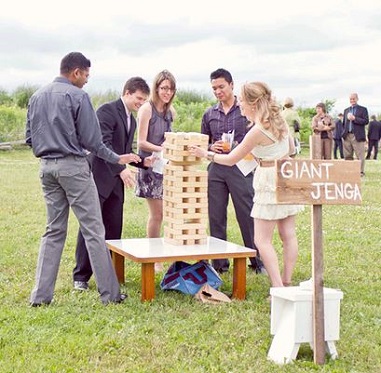 The only problem was that she lives in Lawrenceville, and not many places have giant Jenga sets for rent in her area. She found a business in Duluth that had what she needed, so she rented the set over the phone a few days before the event to be safe. With so many other moving parts to juggle, she delegated the pickup and dropoff responsibility to Roadie, which had the giant Jenga set picked up and delivered within an hour of posting the gig. Driver Richard earned an easy $8 and a 5-star rating for an easy gig already on his way. Here’s to another fun, weird gig sent safely through Roadie!

A Rocking Chair For Every Generation

Jennifer is expecting a beautiful new addition to her family in this month. For the past 16 years, her sister had a rocking chair that she used for her children, and she wanted to pass it along to her Jennifer for her first baby. 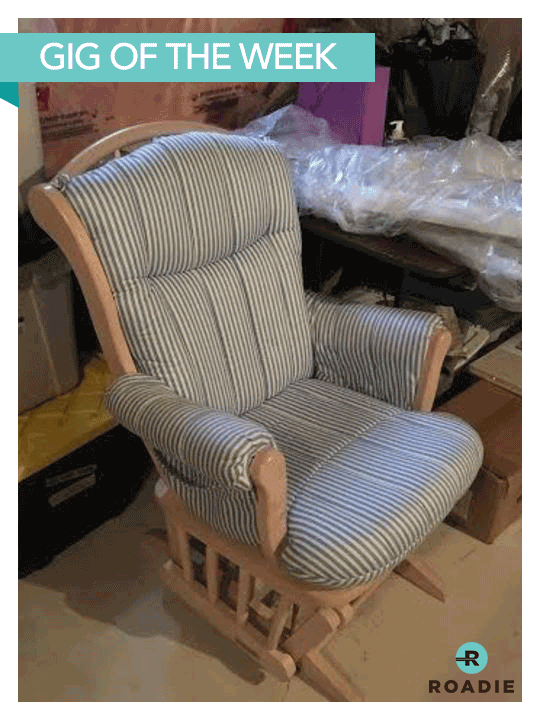 She drove it from Toronto to their parents house in Blasdel, but the rocking chair still needed to make the last leg of the trip to Queens — 385 miles away.

After Jennifer sufficiently frustrated herself getting quotes over $400 from traditional shippers, she only spent $115 with Roadie! She was delighted when her driver always responded within minutes, kept her informed the whole way and dropped off the chair after meeting the whole family and hearing the story from generation to generation.

Artwork Worth Driving For

Stacy loves sharing her art with customers, but hates shipping it. She usually needs to double wrap and crate her pieces before spending way too much money to get them where they need to go.

Then, Stacy found out about Roadie. Her latest customer was 312 miles away from her studio in Florida, and she decided to give Roadie a try. At the end of the day, the art arrived safely and Stacy saved $150 on shipping!

It’s hard to fit a 7 foot tall Jar Jar Binks statue into a Roadie Pick Up picture without decapitating him. It’s even harder to get one shipped from Colorado to California, but Sender Jared made it happen with Roadie. 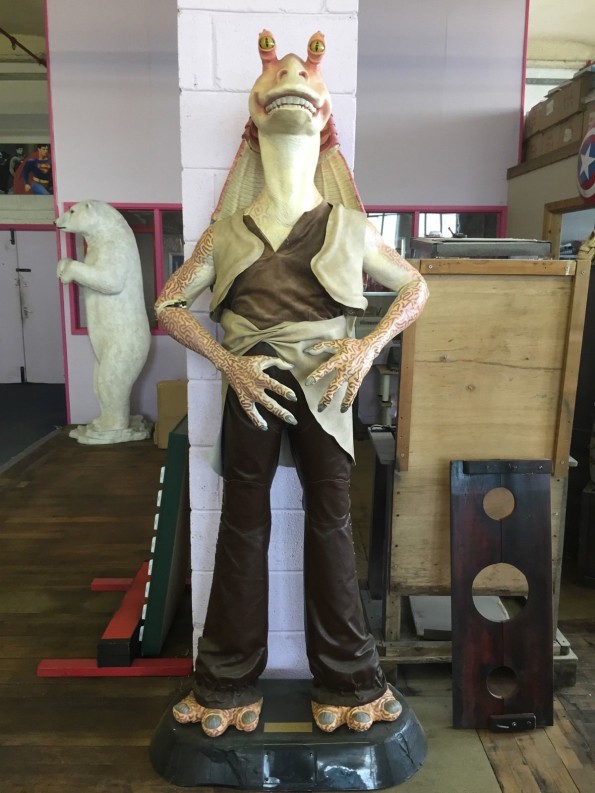 An avid memorabilia collector, Jared found the perfect Jar Jar statue on a Colorado Craig’s List ad. He purchased the statue and started looking for ways to summon the Gungan to his home in California. UPS’ quote made Jared think it had to be shipped from Naboo, instead of just two states away, so he started looking for alternatives. While taking an Uber to the beach, the driver told him about Roadie. He checked it out and set up the gig the same day. In less than 2 weeks, Jared welcomed Jar Jar to the family for a fraction of what it would have costed. The force was strong with this gig!
Artwork You Can Never Replace
Martha’s mom was a talented artist from Virginia, who passed away earlier this year. Martha was very close to her mother, and she really loved a particular piece of her that she wanted as a momento. 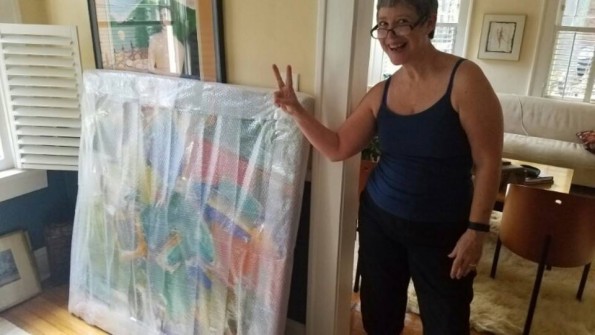 She trusted Roadie to pick up the artwork from the executor’s office in Petersburg, Va and drive it over 500 miles to her home in Atlanta, protected only in a layer of bubble wrap. When Roadie Wayne safely delivered the art, Martha teared up and told him, “You have no idea how much this means to me. Thank you so much.” He was touched and told me that he has never felt that kind of emotion dropping an uber rider off at a restaurant, or anywhere else.
You knew there’d be fine print, so here it is…
You must post a Gig on Friday, January 27th or share on social with #GigsForGifts to be entered to win. Gigs posted on Friday, January 27th must not be cancelled. There is no limit to the number of entries. Contest subject to cancellation or change at any time.
Create A Gig
Share