When Cam made her mark on country music with the introspective, dream-analyzing “Burning House,” it was immediately clear she was a deeper-than-average thinker. But at a recent TEDx Talk at the University of Nevada, the performer revealed a downright scholarly side. 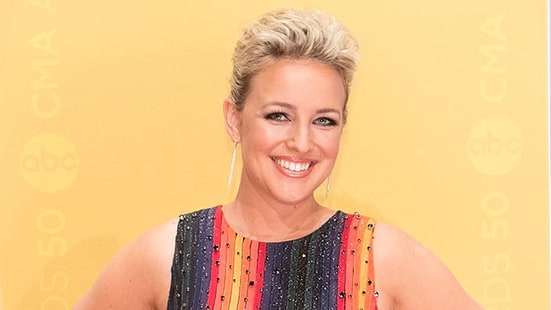 Originally tasked with performing at the event – an ongoing series of short, powerful lectures relating to technology, entertainment, design and more – Cam was asked to deliver a speech of her own after organizers discovered she holds a degree in psychology, and has worked in labs at UC Berkeley and Stanford. Drawing from her experience as an academic and a country star, she laid out an intriguing theory: that music is an essential component of the human condition, and we are hardwired to, not just appreciate it, but require it.

Calling her talk “Life can be tough. Music can help,” Cam presented a fascinating 11 minutes that may shed light on why people turn to music in both good times and bad, and also performed a quick series of her tunes. (Watch her full talk above, and her performances below.) Here are five things we learned from the California native’s TEDx Talk.

1. Humans have been making music since we were drawing on cave walls.
“Music is the original human tool to help soothe our soul,” Cam says. Archaeologists and historians have found evidence of the presence of music in every human culture, going all the way back to the Stone Age. Wooden flutes crafted to play in the pentatonic scale suggest that, even when the primary concern was not getting eaten by a sabertooth tiger, music was important to daily existence. Perhaps it even helps us to survive.

2. Don’t speak French or Chinese? That’s OK, because music is a universal language.
Musicians from opposite corners of the world are still able to collaborate, even if they don’t speak the same language. Likewise, listeners can tell the emotional tone of a song without understanding the words. It helps us connect with others and deal with problems. Quoting scholar Leonid Perlovsky, Cam says, “Language splits our world into detailed, distinct pieces, music unifies the world into a whole, and our psyche requires both.”

3. Music is a P.E.D. for the brain.
One of the most interesting facts Cam presented was that music has been observed to affect test scores – like a performance-enhancing drug for the brain. During an experiment where students were given a difficult math problem to solve, those placed in a room with music playing scored better than those who were not. The musical students also took longer, suggesting that the music allowed them to focus on the problem longer, leading to a better result.

4. When it’s time for painful self-examination, music can be better than a shrink.
Cognitive dissonance is basically when desires don’t line up with reality – the basis of every sad country song. Cam’s “Burning House” is a great example. She thinks of herself as a good person, she explained, but that song was about realizing she treated someone very poorly. “Facing that made me ashamed and embarrassed,” she said, but writing and singing about it helped her accept the mistake and still feel like a good person.

5. Listening to music is like group therapy.
Fans line up after Cam’s concerts to tell her that they too deal with issues like the ones in “Burning House,” and the mental-health benefits of such sharing help both parties. But music can go even further. Cam tells the story of a woman who found solace in the song “Village” following the death of her brother. Her son was autistic and non-verbal, but when he heard “Village” and saw his mother crying, he seemed to understand empathy for the first time and gave her a big hug. Music, Cam believes, allowed those two to connect and console each other when they wouldn’t have otherwise – an essential need in the long run.

“Are you getting the most you can out of music?” she asked in closing. “I really want to remind you that music is not just the background at a shopping mall, it’s not just weekend entertainment. It’s a tool that our species developed to help us heal ourselves and soothe our souls. Music carries the burden of our heartbreak. It allows us to process grief. It reminds us that good things are coming and it lets us know that we are not struggling alone. So let music do its job. Life can be tough. Music can help.”

Cam is currently writing and recording her second album, the follow up to 2015’s Untamed. She’s nominated for New Female Vocalist of the Year at the 52nd ACM Awards, airing live April 2nd at 8:00 p.m. ET on CBS. On April 7th she’ll begin opening shows during George Strait’s Las Vegas residency, which currently runs through December 2017.

Cam performs at a TEDx Talk in Nevada.